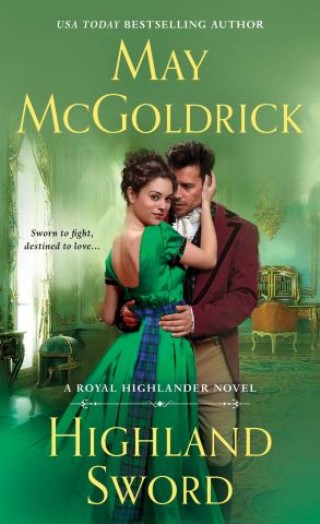 Scottish pride, persuasion, and passion—this is Highland romance at its breathtaking best.

A VOW FOR VENGEANCE
Fleeing to the Highlands after her father’s murder, fiery Morrigan Drummond has a score to settle with Sir Rupert Burney, the English spymaster responsible for his death. Trained to fight alongside the other rebels determined to break Britain’s hold on Scotland, she swears to avenge her father’s death—until a chance encounter with a barrister as proud and principled as she is presents her with a hard choice…and a bittersweet temptation.

A PLEA FOR PASSION
Aidan Grant has never encountered another woman like dangerous beauty Morrigan—and he has the bruises to prove it. Yet she could be the key to defending two innocent men, as well as striking a death blow to the reprehensible Burney. Convincing Morrigan to help him will take time, but Aidan is willing to wait if it means victory over corrupt government forces and freedom for his people…and Morrigan’s hand in marriage. Can two warriors committed to a cause stand down long enough to open their hearts to a love fierce enough to last…forever?

May McGoldrick: USA Today bestselling Authors Nikoo and Jim wrote their first May McGoldrick romance using historical figures that Jim researched while earning a PhD in sixteenth-century Scottish and English literature. Nikoo, a mechanical engineer, is a born storyteller. She is all about characters and feeling. Jim is about action and sense of place. Together, they have crafted over forty fast-paced, conflict-filled historical and contemporary novels and two works of nonfiction under the pseudonyms May McGoldrick and Jan Coffey. Their beloved romance series include The Pennington Family, The Scottish Relic Trilogy, and Royal Highlander.